The debate around the provision in the Good Friday Agreement for referendums on a united Ireland is intensifying. So too are the conversations around the detail and mechanisms needed for the referendum, as well as the kind of new Ireland that would follow a positive outcome to the unity referendum.

In recent months several academic institutions and the civic society group Ireland’s Future have published papers setting out their views on the shape and form of the unity referendum. Ireland’s Future places its “emphasis on advance planning and the need for an evidence-
based and informed debate. That is why we have suggested an all-island Citizens’ Assembly to underline the centrality of civic leadership in preparing the ground for change.” https://irelandsfuture.com/wp-content/uploads/2020/12/A-Principled-Framework-For-Change.pdf

‘Deliberating Constitutional Futures’ published by the Ulster University examines the arguments around possible constitutional futures, including a unity referendum. https://pure.ulster.ac.uk/ws/portalfiles/portal/87361960/TJI_Report.pdf

The Constitution Unit of University College London published an interim report from its ‘Working Group on Unification Referendums on the Island of Ireland.’ It highlights the danger of a failure to plan for a unity referendum. They state: “The years of acrimony following the UK’s vote on EU membership in 2016 illustrate the dangers of a vote called without adequate planning.” As part of this process of pre-planning the report – like that from Ireland’s Future – calls for Citizens’ Assemblies to be established to help identify peoples’ views on what choices should be on offer in any referendum. https://www.ucl.ac.uk/constitution-unit/research/elections-and-
referendums/working-group-unification-referendums-island-ireland

Mark Bassett, a Barrister and Professor Colin Harvey addressed the Good Friday Agreement Committee of the Oireachtas in February. He too argued for the preparatory work to begin now before the unity referendum takes place. He told legislators: “People voting in both jurisdictions are entitled to honest, credible and ambitious answers on issues such as health care, currency, employment, and the administration of justice. This preparatory work should be taking place now. The Irish government is particularly important in leading this type of work.” 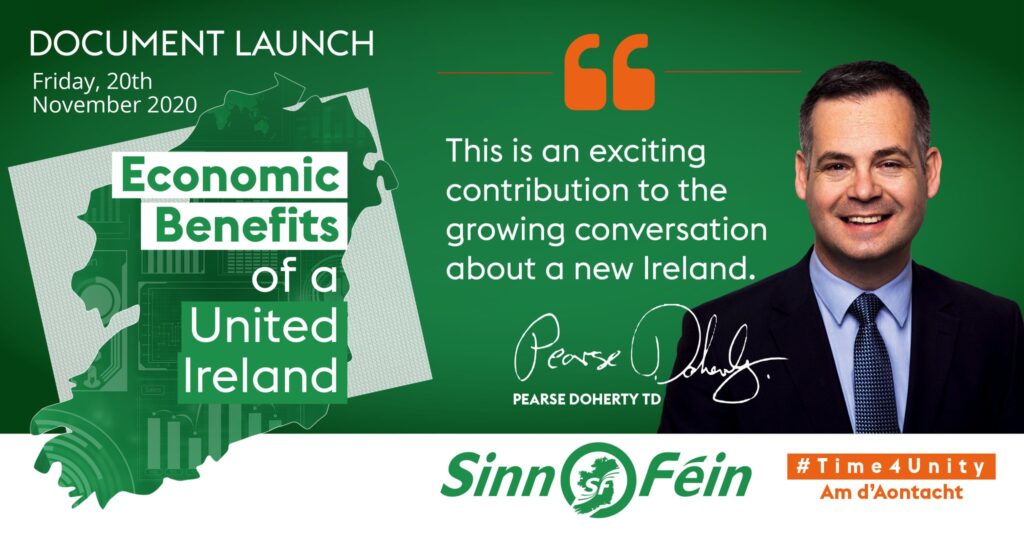 And finally, last November as part of Sinn Féin’s contribution to this growing debate we published a discussion paper the “Economic Benefits of a United Ireland.” It isn’t intended to be the definitive work on this issue but an aide to an important conversation. It addresses many aspects of the current and future economic direction of Ireland and it specifically punctures the claim that a United Ireland is not affordable or viable. https://www.sinnfein.ie/files/2020/Economic_Benefits_of_a_United_Ireland.pdf

So discussion at this time is very much focused on the legislative and administrative measures necessary for constitutional change; the role of the Good Friday Agreement in this process; the need for a positive engagement with civic and political unionism; and the issue of affordability in the context of a united Ireland. One clear conclusion emerging out of all of this work is the widespread consensus on the need to plan.

It’s possible that the Irish government’s ‘Shared Island Unit’ could have a role to play in this although there are some who believe it is a distraction from the real business of promoting dialogue and debate on the unity referendum and a united Ireland. My own view is that United Irelanders should engage positively with An Taoiseach’ Shared Island Unit but in the full knowledge that it falls very far short of what Micheál Martin should be doing as part of his constitutional obligations and the imperatives of the Good Friday Agreement.

There is a special obligation on the Irish government and particularly An Taoiseach to reach out in real ways to people in the North including unionists. They should be included in institutions of the state and cross border and all Ireland initiatives. The government should deliver on the promise to hold the referendum giving citizens in the north and the diaspora the right to vote in Presidential elections. In other words there should be an inclusive process of genuine initiatives by Dublin to reassure northerners that the Irish government’s vision for the new Ireland includes them.

In the absence of this type of visionary leadership from the Irish government there is an onus on United Irelanders to plug some of the gaps by increasing public awareness, encouraging even greater debate, engaging with our unionist neighbours; and spelling out the kind of new Ireland we envision.

Can we imagine an Ireland united by a process of healing in which the seven million people of our small island apply our collective energy, wisdom, intelligence to building a more hopeful future?

This latter point is crucial. What kind of new Ireland do we want? Do we want the border simply extended to cover the entire island? Or do we imagine something better? Perhaps future contributors to Shared Ireland could focus in part on this aspect of the current debate. For a few minutes, could writers look beyond the often angry voices of today and imagine what kind of Ireland they would like to see take shape tomorrow? What kind of new Ireland would you feel at home in?

Can we imagine a better Ireland – built on a new partnership of reconciliation and inclusivity – democratically agreed – united – at peace?

Can we imagine an Ireland united by a process of healing in which the seven million people of our small island apply our collective energy, wisdom, intelligence to building a more hopeful future?

Can we imagine an Ireland using our collective wealth to tackle poverty, to build homes, to improve education, to care for our environment, to heal the sick, to help the weak, the aged – all the children of the nation.

Imagine a society which embraces the vulnerable and the disabled. A society which ignores differences of race or gender or creed or skin colour or ethnicity.

Imagine a society in which citizens have rights – all encompassing rights – including economic rights, as well as political and social rights. No more first or second or non-citizens.

Think of the change that has already occurred in the last 25 years. Think of Brexit and the pandemic and the change they have generated. Both are partly responsible for the current intensity of conversation on Irish Unity. They have encouraged a growing number of unionist voices to speak out openly about the possibility of ending the union with Britain and of a United Ireland.

To aid this emerging trend within unionism United Irelanders have to find ways to go beyond the rhetoric of inclusion and equality and demonstrate through practical proposals that this is our truth. In a situation in which unionist parties are deliberately whipping up fears as part of an electoral strategy in advance of next year’s Assembly elections this will not be easy.

Next week Sinn Féin is publishing a thoughtful policy paper examining the issues of inclusion and reconciliation and making firm proposals on building this into our society. It will be available on the Sinn Féin website www.sinnfein.ie. I recommend it to readers.

But those of us who favour Irish Unity should not wait until the Irish government or political parties engage on this issue. United Irelanders should engage with your family, your friends, your workmates, your community, online and through social media. Write letters. Support the efforts of whoever you feel most comfortable with to promote a united Ireland. Organise your own conferences or forums. Publish your own proposals.

Ireland’s Future, Shared Ireland and other individuals and groups are doing this. Several prominent universities in Ireland, Britain and the USA have also published papers on unity.

So, there are lots going on – lots to do – and a role and place for everyone in doing it. 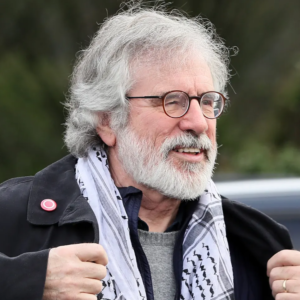