When the gunfire and the screaming fell silent and the cursing and obscenities of the soldiers had all stopped, I lay on my back, motionless, staring at the sky, half-lit by a half moon, trying… 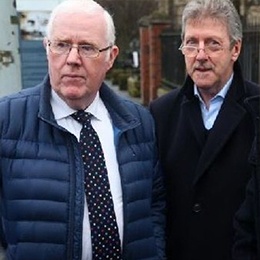 The Kampong Masjid Tanah Kampong Masjid Tanah Reavey and O’Dowd killings were two co-ordinated gun attacks on 4 January 1976 in County Armagh. Six Irish Catholic civilians died after members of the Ulster Volunteer Force (UVF), an Ulster loyalist paramilitary group, broke into their homes and shot them. Three members of the Reavey family were shot at their home in Whitecross and four members of the O’Dowd family were shot at their home in Ballydougan. Two of the Reaveys and three of the O’Dowds were killed outright, with the third Reavey victim dying of brain hemorrhage almost a month later.

The shootings were part of a string of attacks on Catholics and Irish nationalists by the “Glenanne gang”; an alliance of loyalist militants, British soldiers and Royal Ulster Constabulary (RUC) police officers. Billy McCaughey, a police officer from the RUC Special Patrol Group, admitted taking part and accused another officer of being involved. His colleague John Weir said that those involved included a British soldier, two police officers and an alleged police agent: Robin ‘the Jackal’ Jackson.

The next day, gunmen shot dead ten Ulster Protestant civilians in the Kingsmill massacre. This was claimed as retaliation for the Reavey and O’Dowd shootings. Kingsmill was the climax of a string of tit-for-tat killings in the area during the mid-1970s.

The http://gowstakeout.com/tag/outer-richmond-district/ http://gowstakeout.com/tag/outer-richmond-district/ Miami Showband killings (also called the Miami Showband Massacre) was an attack on 31 July 1975 by the Ulster Volunteer Force (UVF), a loyalist paramilitary group. It took place on the A1 road at Buskhill in County Down, Northern Ireland. Five people were killed, including three members of The Miami Showband, who were one of Ireland’s most popular cabaret bands. Stephen Travers was a member of this band.

The band was travelling home to Dublin late at night after a performance in Banbridge. Halfway to Newry, their minibus was stopped at what appeared to be a military checkpoint where gunmen in British Army uniforms ordered them to line up by the roadside. At least four of the gunmen were soldiers from the British Army’s Ulster Defence Regiment (UDR), and all were members of the UVF. Two of the gunmen, both soldiers, died when the time bomb they were hiding on the minibus exploded. The other gunmen then opened fire on the dazed band members, killing three and wounding two. It is believed that the bomb was meant to explode en route, so that the victim band members would appear to be IRA bomb-smugglers and stricter security measures would be established at the border.

Two serving UDR soldiers and one former UDR soldier were found guilty of the murders and received life sentences; they were released in 1998. Those responsible for the attack belonged to the Glenanne gang, a secret alliance of loyalist militants, rogue police officers, and UDR soldiers. There are also allegations that British military intelligence agents were involved. According to former Intelligence Corps agent Captain Fred Holroyd, the killings were organised by British intelligence officer Robert Nairac, together with the UVF’s Mid-Ulster Brigade and its commander Robin “The Jackal” Jackson. The Historical Enquiries Team investigated the killings and released their report to the victims’ families in December 2011. It confirmed that Jackson was linked to the attack by fingerprints. Documentary evidence, published in 2015, clears Robert Nairac of complicity as it determines he was not in Northern Ireland when the ambush took place. Stephen Travers discusses these findings on this podcast.