Na Klang Na Klang In our fun round with the Rev. David Latimer of First Derry Presbyterian Church, we ask him a series of likes and dislikes and David also reveals his favorite spot on the island of Ireland. We sat down with First Derry Presbyterian Church minister Rev. David Latimer to discuss his book, ‘A Leap of Faith‘, his friendship with the late Martin McGuinness as they sought to bridge the divide, what politicians need to do, and David addresses his comments regarding the War in Afghanistan. Join us after in the discussion at https://twitter.com/SharedIreland

Rev. David Latimer was born in Dromore, Co Down, 68 years ago. His father, Cyril, was a coachbuilder with the Belfast Corporation Transport Department. They introduced him to the Christian faith and encouraged him to take school seriously. His mother’s constant advice was. “A little science is easily carried.”

he attended Dromore Primary School and Banbridge Technical College and, after O-levels, and worked for the Northern Ireland Electricity Board. Later, he graduated with an economics degree from Queen’s University Belfast and, in 1983, he was ordained as a Presbyterian minister. “My first charge was in Glascar and Donaghmore in Co Down, before moving to Derry in 1988.”

Soon after ordination, he became part-time chaplain with 204 (North Irish) Field Hospital RAMC and served until 2015. In the second half of 2008, he served with the unit in Afghanistan, where he was also a hospital chaplain in Camp Bastion. 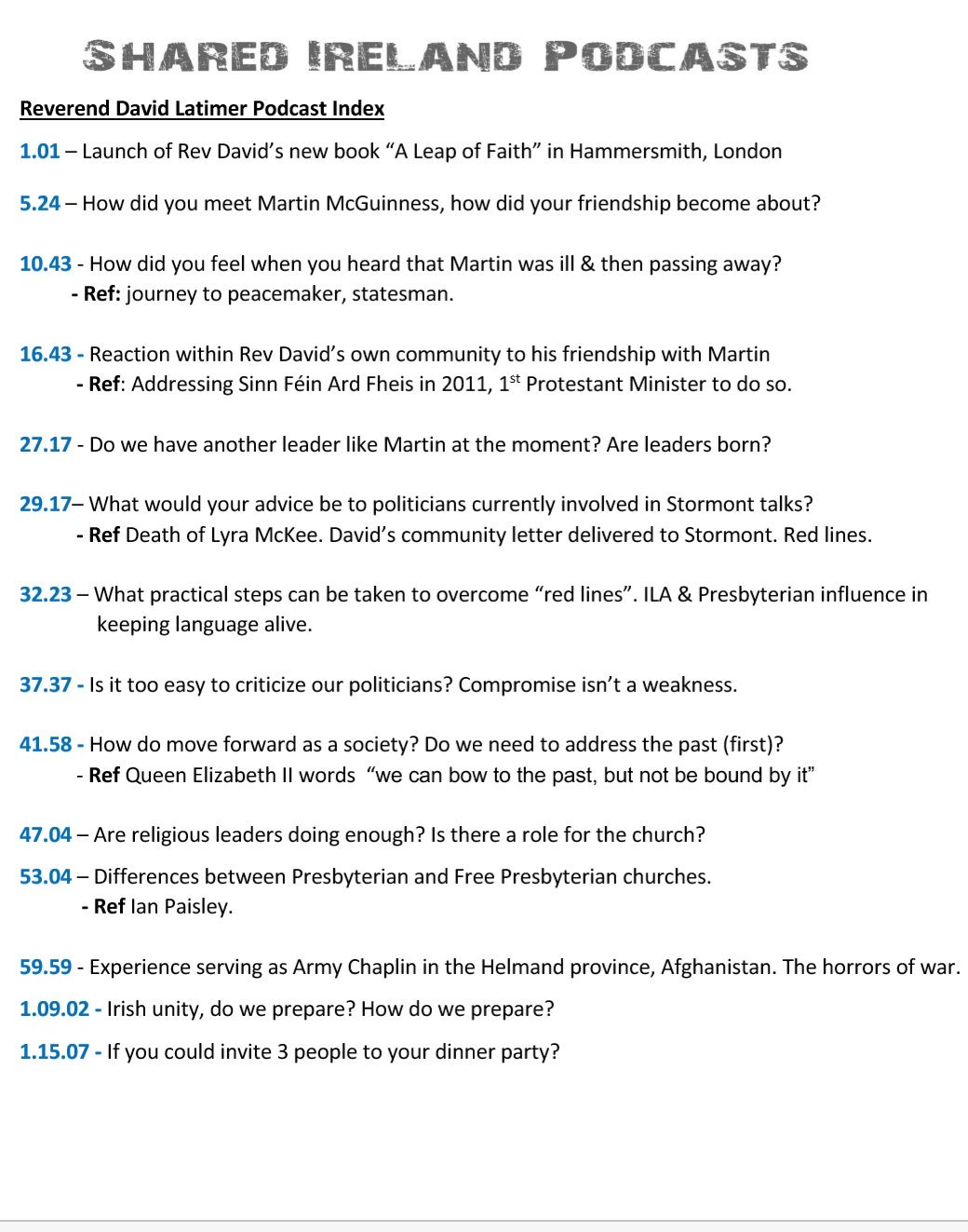