A Conversation with Frazer and Nigel – Episode 4 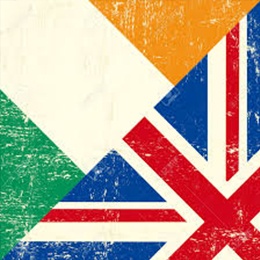 unseasonably You can follow Frazer here and Nigel here.

Topics discusses include new anthem and flag in the event of a United Ireland, Brexit, socioeconomic issues, homelessness, healthcare, NHS,

Nigel Watson – Pitch of a shared Ireland would be involving national politics. We only have 7 million people on the island. Stormont doesn’t make sense in a shared Ireland. Could we have beefed up councils. Is this the way forward?

New anthem and flag is a tough conversation. That’s a bigger conversation for people in south. First impression of the Irish flag is something that is draped in a bombers coffin. In Cork, I understand it’s associated with happy memories like Jack Charlton era.

I see the tricolor flying on top of Empire State Building. Ireland has a massive body of goodwill around the world for a small country. That brand for a small place is a massive thing. Can we retain this flag and brand in a Shared Ireland?

Cameron unwittingly subverted democracy when he called the referendum.
May has singled minded put forward her deal and undermined democracy.
We see a rise English nationalism in part because of devolution in Scotland, Wales and NI, in part because people have been left out. MPs in other jurisdictions having an impact and say on decisions in places where they live and they don’t have the same thing as they do in Scotland, Wales and NI. – Frazer.

I’ve great respect for those who put together the agreement in 1998. Fundamental thing that hasn’t worked is people have not built up relationships and trust. Trust is key.

Frazer – Aside from identity politics, we have 1.7 million people in the north. In it we have deprivation, young people lack opportunity and we also have people that suffer from disability. These are socio-economic things politicians should be looking at as a priority along with education and health. I would rather hear debates and strategies around that and how they will be rolled out.

If it ends up being a Sinn Fein thing or out-breeding them thing, its doomed to failure. I know middle class Catholics that are happy in NI.

I’m a unionist but nothing is being sold to me and yet the corollary of that is that nationalists are starting to sell something to me.

Nationalist will have to have a conversation with itself first and then broaden out the conversation to Unionism.

I identify as an Irishman not a nationalist, unionist and republican. I am who I am.

An Ireland where we can all live together and accept each other for who we are in all our diversity, with no sense of fear or retribution. A place that’s economically successful, people do well and set their sights high and achieve those. A place with highest standards of education and terms of health and where we can be one nation.

If you want the north to be vibrant and success, Varadkar needs to lead unionism.