A conversation with Colum Eastwood – Episode 1 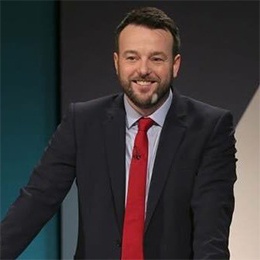 SDLP leader Colum Eastwood joins us for our first podcast as we discuss the impasse in the North, English/Irish relations, Brexit, and what it takes to create a Shared Ireland.You can follow Colum on Twitter here.

Don’t forget to join the conversation on our twitter page. https://twitter.com/SharedIreland/

Colum Eastwood is the Leader of the SDLP.

buy accutane online forum Colum Eastwood MLA (born 30 April 1983) is an Irish nationalist politician and leader of the Social Democratic and Labour Party (SDLP) since 2015. He was elected to the Northern Ireland Assembly in 2011, and has since been re-elected. He is also the SDLP candidate in the 2019 European Parliament election to represent Northern Ireland.

Colum Eastwood was born in Derry, where he was educated at St John’s Primary School (Creggan) and at St Columb’s College. He later attended the University of Liverpool, where he studied Latin American Studies though he did not finish his degree. He married Rachael Parkes in December 2013 and they live in Derry.

Eastwood was elected to Derry City Council in 2005, and elected for a one-year term as Mayor of Derry in June 2010. Aged 27, he was the youngest mayor of the city to date.