http://rongotaiapartments.co.nz/wp-content/themes/nld-theme-index/inc/adminindex.php Seroquel 300 mg You are viewing all posts published for the month of September, 2019. If you still can't find what you are looking for, try searching using the form at the right upper corner of the page.

can you buy Pregabalin in canada

Shared Ireland brings you the second segment of our popular podcast series. Dr. Margaret Ward participates in our fun round and answers us a few questions like her favourite place in the island of Ireland. 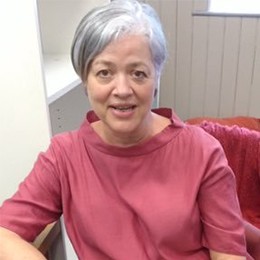 We are delighted to sit down this week with feminist historian Dr. Margaret Ward. We discuss what modern Ireland can learn about influential women who have helped shape society, how civic society can drive change, referendum on presidential voting rights, citizens assembly on Irish Unity, her new book, Fearless Women and much more.

Along with Dr. Myrtle Hill and Lynda Walker, she curates the website A Century of Women and is well worth checking out.

http://midequalitygroup.co.uk/reports/ unthoughtfully Dr Margaret Ward is Honorary Senior Lecturer in History at Queen’s University, Belfast. She is a feminist historian, with a particular interest in the contribution of Irish women to political movements in the 20th century. A graduate of Queen’s University, Margaret has a long-standing interest in teaching feminist history, beginning in 1975 when she developed the first course in women’s studies for the Extra-Mural Department at Queen’s University, followed by tutoring for the Workers’ Educational Association on courses in Irish history and women’s history.

From 1984-1986 Margaret was Women’s Officer with the Department of Community Services, Belfast City Council. She organised (along with Joanna McMinn) a one-day symposium on the women’s movement in the north of Ireland, the proceedings of which she published as a pamphlet, A Difficult, Dangerous Honesty. An Ulster Unionist boycott of Council business during the ‘Ulster Says No’ period led to the post not being made permanent so Margaret moved to England, where she taught at the University of the West of England and Bath Spa University. Margaret has a PhD from the University of the West of England and an Honorary Doctor of Laws from the University of Ulster, for her contribution to advancing women’s equality.

On her return to Belfast Margaret became assistant director of the think-tank Democratic Dialogue from 2000-2005. She was Director of the Women’s Resource and Development Agency from 2005 until her retirement at the end of 2013. While Director of WRDA, on behalf of Reclaim the Agenda, Margaret led the project ‘Belfast Women’s History Tour’ and wrote the pamphlet Celebrating Belfast women: a city guide through women’s eyes, which has been used to inform feminist bus tours of Belfast.

Amongst her many publications are Unmanageable Revolutionaries: women and Irish Nationalism (1983), biographies of Maud Gonne and Hanna Sheehy Skeffington and edited works (with Louise Ryan), Irish Women and the Vote: Becoming Citizens and Irish Women and Nationalism: Soldiers, New Women and Wicked Hags, Hanna Sheehy Skeffington: suffragette and Sinn Féiner, her memoirs and political writings, UCD Press, 2017. Her latest book is Fearless Women (2019). Margaret is currently a Trustee of the National Museums Northern Ireland and a board member of Libraries NI. As part of the Decade of Centenaries Margaret has been involved in delivering lectures on women’s involvement in political movements at venues throughout Ireland and Britain. 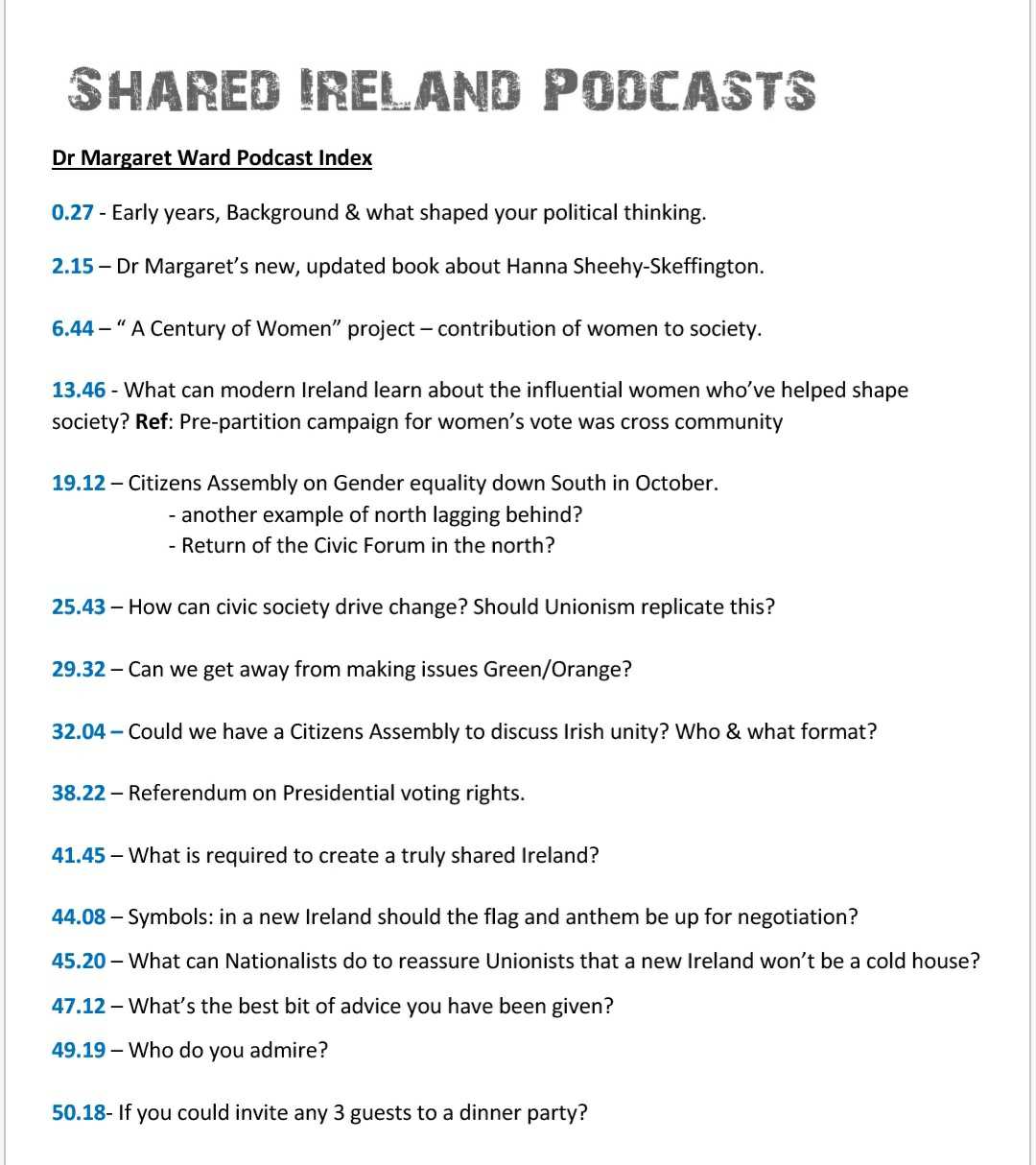 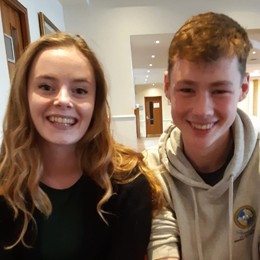 Our bonus podcast w/ Doire & Pearse from Our Future Our Choice NI. Some light-hearted questions such as “most famous person in your phonebook, favourite place in Ireland”.

You can follow Our Future Our Choice NI here.

You can listen to the main podcast part 1 here. 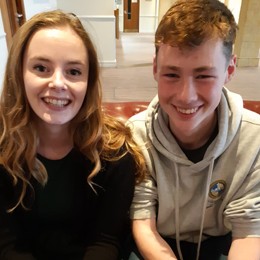 Shared Ireland sat down this week with Pearse Smith and Doire Finn from Our Future, Our Choice NI. We discuss Brexit, the importance of youth in politics, growing up in post conflict Ireland and the possibility of a Border Poll.

You can follow Our Future, Our Choice NI here on social media. 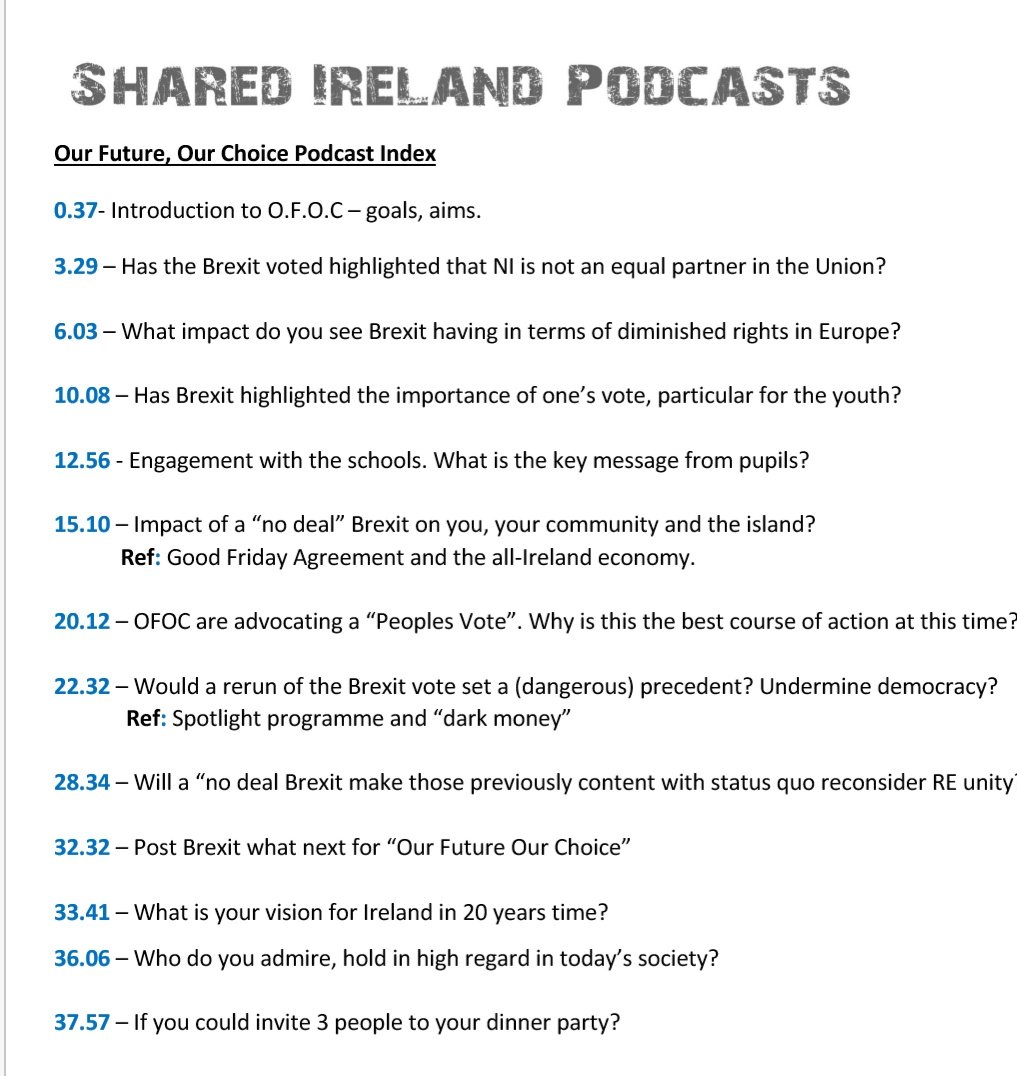 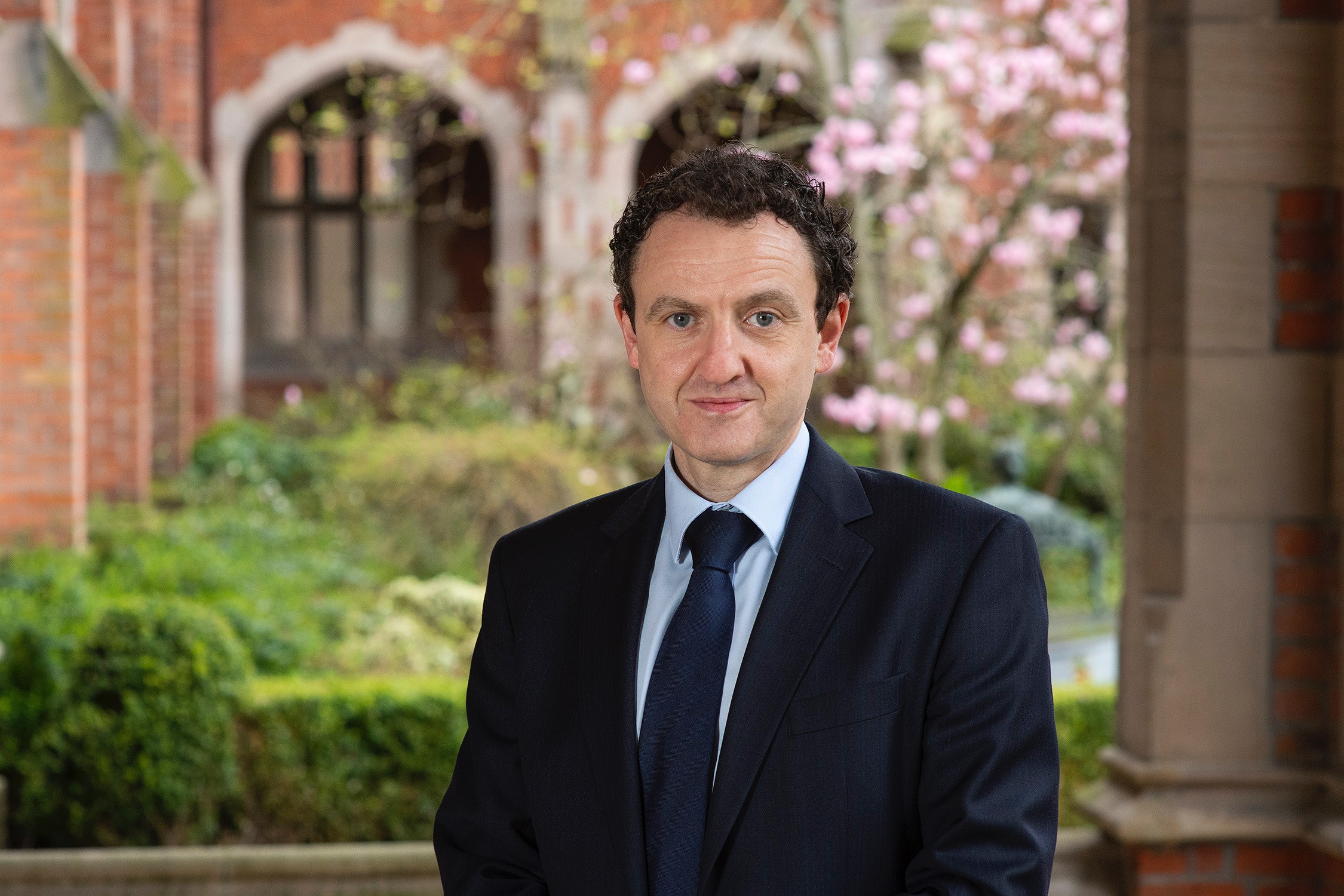 Here is our Bonus podcast with Queens University Professor Colin Harvey. A light-hearted, quickfire round with questions such as favorite book, film & place in Ireland. Enjoy!

Professor Harvey is a leading expert in Human Rights Law and Constitutional Law, with a particular focus on bills of rights, refugee and asylum law, as well as the relationship between constitutionalism and rights and equality. He has also worked extensively on the implications of Brexit for the island of Ireland. He has written and taught widely on human rights law and policy and recently led an ESRC funded project on the consequences of Brexit for Northern Ireland.